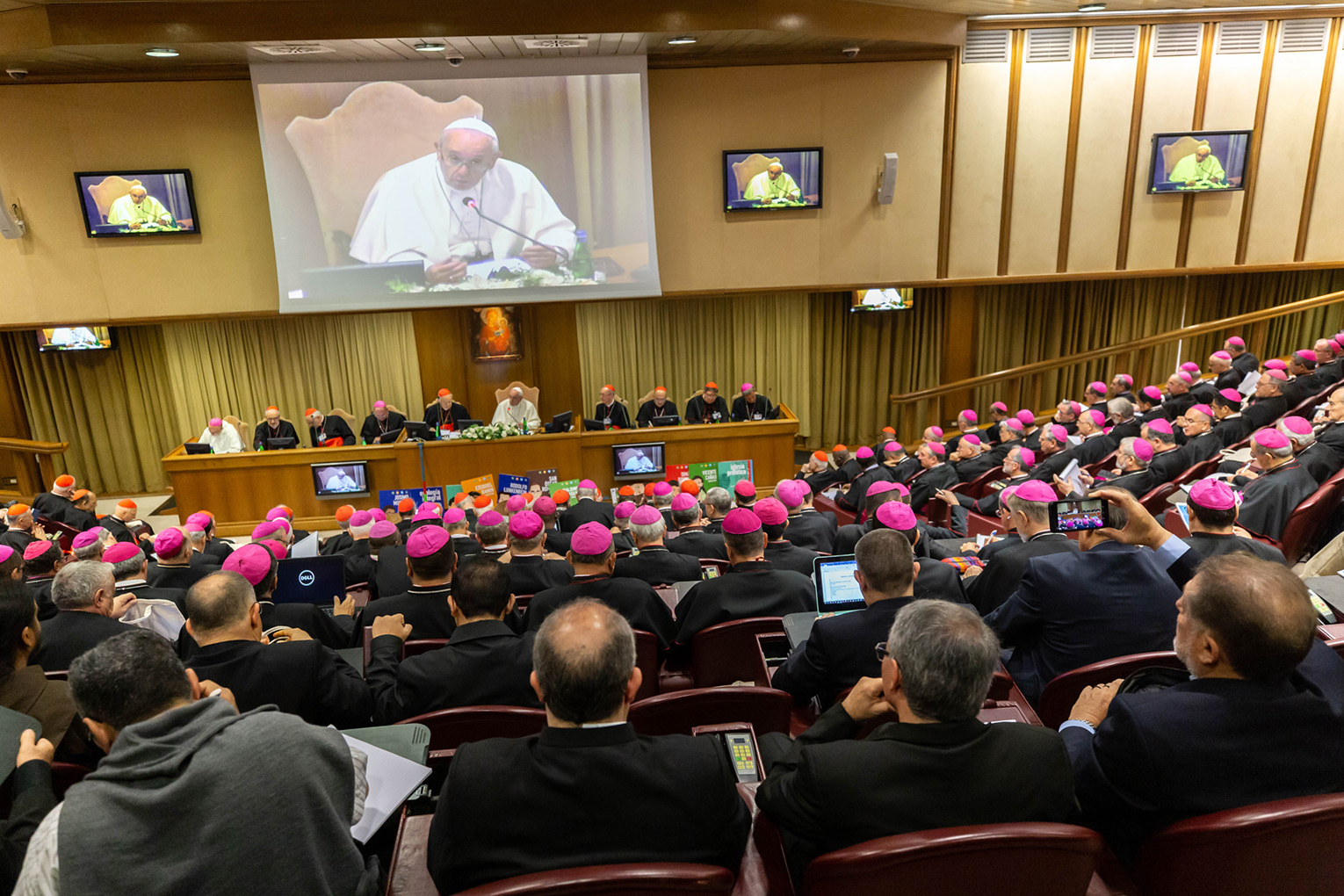 VATICAN— The Vatican announced Friday that the Synod of Bishops on synodality has been postponed to 2023, with a two-year consultative preparatory phase involving Catholic dioceses worldwide.

The synod on synodality will officially open with a “diocesan phase” in October 2021 and conclude with the XVI Ordinary General Assembly of the Synod of Bishops at the Vatican in October 2023.

Cardinal Mario Grech, the general secretary for the Synod of Bishops, said in an interview with Vatican News published May 21 that the synod has been transformed “from an event into a process.”

“The Second Vatican Council teaches that the People of God participate in the prophetic office of Christ. Therefore, we must listen to the People of God, and this means going out to the local churches,” Grech said.

Pope Francis will officially “inaugurate the synodal path” over the weekend of Oct. 9-10 with an opening session and a Mass. All dioceses are invited to also offer an opening Mass on Sunday, Oct. 17.

During the diocesan phase, each bishop is asked to undertake a consultation process with the local Church from Oct. 17, 2021, until April 2022.

The Vatican will send dioceses a preparatory document, accompanied by a questionnaire and a vademecum with proposals for consultation. Superior generals, unions and federations of consecrated life, international lay movements, and Catholic universities will also be sent this questionnaire and vademecum.

The Vatican will then release an instrumentum laboris (working document) in September 2022 for a period of “pre-synodal discernment in continental assemblies,” which will influence a second draft of the working document to be published before June 2023.

The entire process will culminate in a meeting of bishops from around the world at the Vatican in October 2023, held according to the established norms outlined in the 2018 apostolic constitution Episcopalis communio.

A synod is a meeting of bishops gathered to discuss a topic of theological or pastoral significance, to prepare a document of advice or counsel to the pope.

The theme for the upcoming Synod of Bishops is “For a synodal Church: communion, participation and mission.”

Pope Francis has frequently discussed the concept of “synodality,” particularly during the previous ordinary Synod of Bishops on young people, the faith, and vocational discernment in October 2018.

Synodality, as defined by the International Theological Commission in 2018, is “the action of the Spirit in the communion of the Body of Christ and in the missionary journey of the People of God.”

The term is generally understood to refer to a process of discernment, with the aid of the Holy Spirit, involving bishops, priests, religious, and lay Catholics, each according to the gifts and charisms of their vocation.

The Synod of Bishops was established in 1965 by Pope Paul VI, who hoped that the synod would encourage close union between the pope and the world’s bishops, and “ensure that direct and real information is provided on questions and situations touching upon the internal action of the Church and its necessary activity in the world of today.”

Ordinary synods happen every three years on issues voted upon by synod delegates elected or appointed from each continent, and from certain Vatican offices. There have been 15 ordinary synods to date. There are also extraordinary synods and special synods.

The synod that took place in October 2019 was a special Synod of Bishops for the Pan-Amazonian region. Following that synod, the pope stressed that “synodality is an ecclesial journey that has a soul that is the Holy Spirit.”

The Vatican first announced the Synod of Bishops on synodality in March 2020.

For this upcoming synod, Cardinal Grech said that the General Secretariat wanted “to allow everyone to make his or her voice heard, that listening is the true ‘pastoral conversion’ of the Church.”

“God willing, one of the fruits of the Synod is that we might all understand that a decision-making process in the Church always begins with listening, because only in this way can we understand how and where the Spirit wants to lead the Church.”