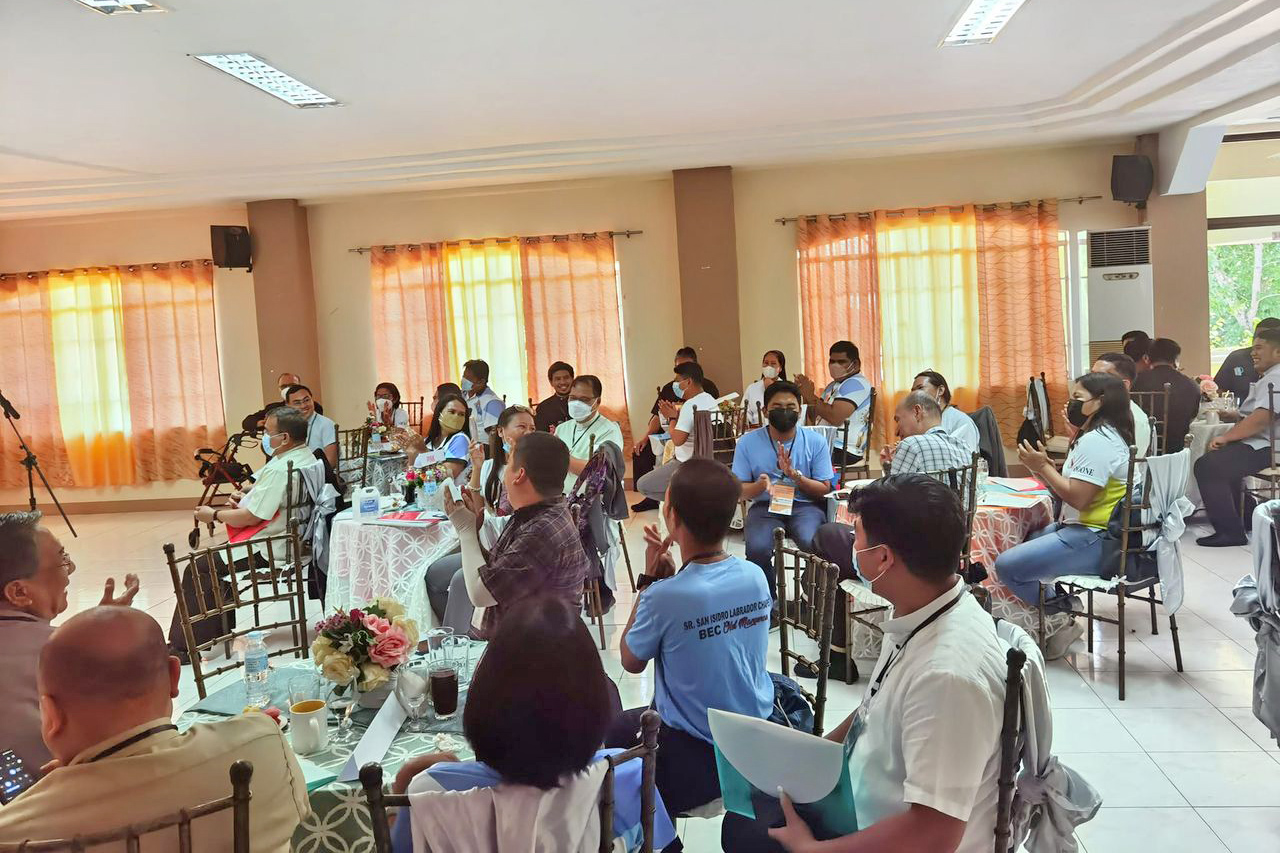 Palo Metropolitan Synodal Consultation on June 15, 2022. CBCP SECRETARIAT
By CBCP News
July 2, 2022
Manila, Philippines
The national synodal process in the Philippines will be held next week in Tagaytay City, south of Manila.

More than 200 bishops, priests, and lay representatives of the diocesan synodal process will take part in the consultation from July 4 to 7.

Monsignor Bernardo Pantin, CBCP secretary general, said the meeting will mainly be a presentation of reports from the metropolitan synodal consultations that were held earlier in archdioceses throughout the country.

“And in the end, they will come up with a national synthesis, which will be submitted to the Synod Office in Rome,” Msgr. Pantin said.

The Vatican has set August 15, 2022 as the deadline for submission of national synthesis from episcopal conferences all over the world.

The process is aimed toward assessing the challenges the Church faces today, and offering an analysis of the current state of the Church in the Philippines.

In May last year, Pope Francis asked that the 2023 Synod of Bishops begin with widespread consultation among laypeople.

The two-year process has three phases: diocesan, continental, and universal.

The theme chosen by the pope for the gatherings is: “For a synodal church: communion, participation and mission.”

What happened in the diocesan level, according to Msgr. Pantin, were people “journeying together” about their “concerns, hopes, dreams, aspirations and even their frustrations” about the Church.

“It really came up as an opportunity to voice up their opinions and sentiments about the Church,” the priest said.

The process, he added, included not only Catholics but also those who belong to other churches and even those who are not active in the Church.

From September 2022 to March 2023, bishops from various regions will meet for the “continental phase” and draft a document that will be sent to Rome.

All consultations and discernment are meant to assist participants, mostly bishops, who will meet at the general assembly of the synod in the Vatican in October 2023.